Amsterdam Centraal Station or shortly CS is the largest railway station in Amsterdam, North Holland, and the second busiest railway station in the Kingdom of the Netherlands. The station has an IATA railway code ZYA and station code Asd. It is operated by Nederlandse Spoorwegen. The Amsterdam Centraal Station handles more than 250.000 passengers per day.

For 5% off all train bookings use the code

Amsterdam is best observed from the water. Sit back and enjoy a canal cruise where you will experience the best of this historic city.

The Anne Frank house is one of the most popular tourist attractions in Amsterdam.

Did you know that the Rijksmuseum is the only museum in the world that you can cycle through?

Vondelpark is Amsterdam’s most popular public park. It is a gorgeous place to take a stroll during your time in the city.

If you are an art and history fan, the Van Gogh Museum is a must when visiting Amsterdam. 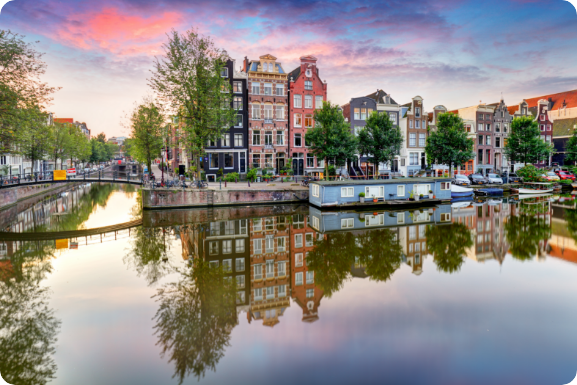 Plan book and manage your next adventure!